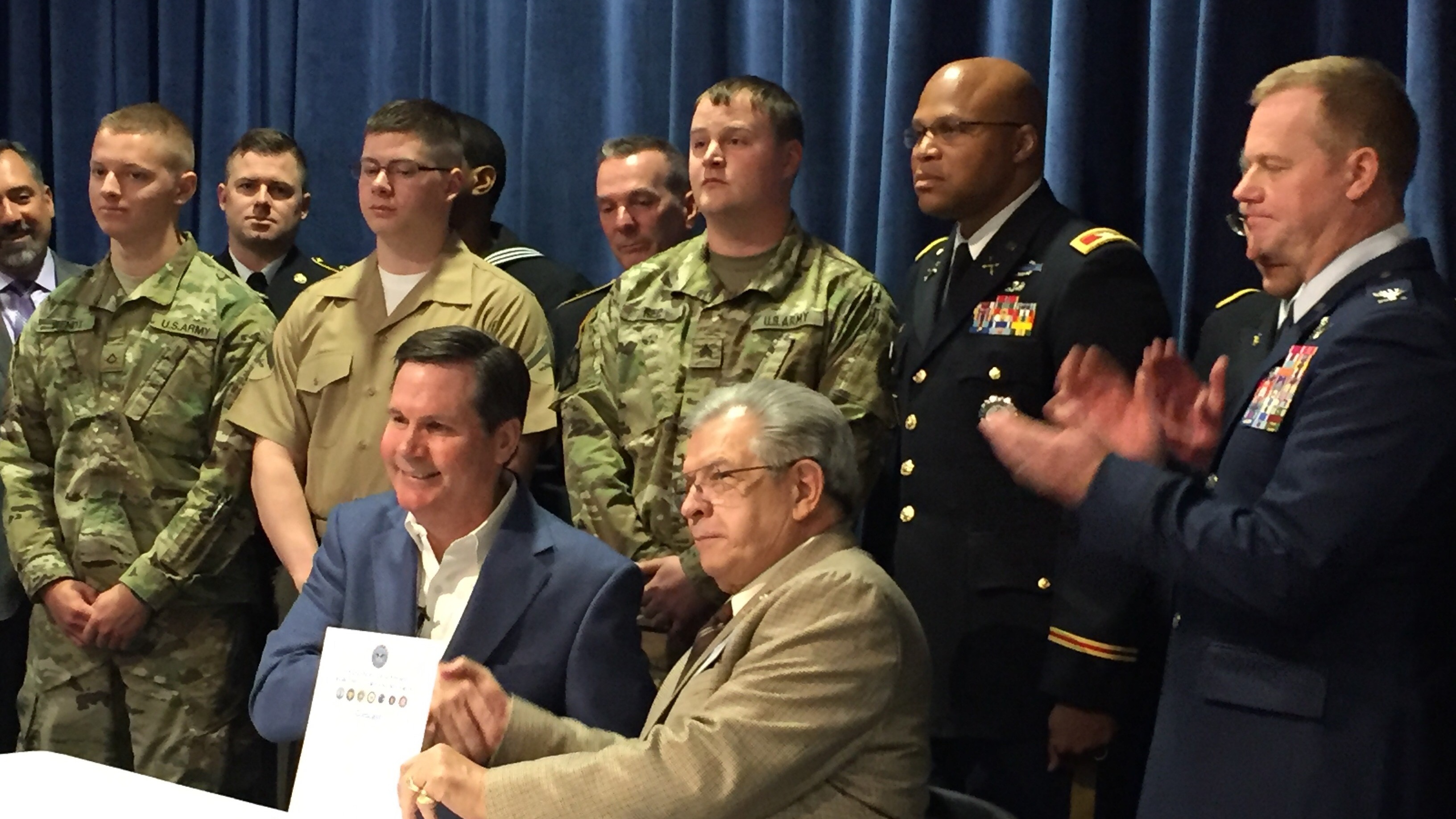 As one of America’s most military-ready employers, Comcast NBCUniversal is on track to hire more than 10,000 Veterans, National Guard and Reserve Members, and Military Spouses by the end of 2017. Here in Michigan, we’re committed to doing our part toward meeting that goal.

We recently hosted an internal military hiring educational summit and kicked it off with an Employer Support of the Guard and Reserve Statement of Support ceremony.

By signing this statement of support, we’re not only demonstrating our commitment to hiring members of the military community, but also declaring our pledge to go above and beyond in supporting Comcast employees who are active military personnel.

“We are more than military friendly,” explained Carol Eggert, senior vice president of Military and Veteran Affairs for Comcast NBCUniversal and a retired U.S. Army brigadier general. “Military friendly means thanks for your service and you walk on. We consider ourselves to be military ready. That means we have the policies in place, the procedures in place and the onboarding in place to ensure we meet the needs of the military community.”

Among the many industry-leading benefits we offer our military families, we have an employee resource group (ERG) geared toward serving as a base of support for members.

“VetNet is so valuable to our military employees because it provides access to leaders and mentors who have successfully transitioned from military to civilian life,” said Comcast Employee Nicholas Kirsch, who leads our local VetNet ERG and is a veteran himself having served as a Corporal in the U.S. Army. “Having access to those skill sets, best practices and mentorship has helped many of our veteran employees flourish here at Comcast.”

Several Comcast employees who are also members of the military community attended the ceremony and were thanked and honored for their service.

“It is amazing to work for a company that values my experience and also celebrates my service,” said Brian Howard, a Technical Operations supervisor in Michigan and Petty Officer First Class, United States Navy Reserve.

If you’re like many parents of young children, you’ve peered into your child’s room well after “bedtime” only to be surprised by the all-too-familiar glare of a … END_OF_DOCUMENT_TOKEN_TO_BE_REPLACED