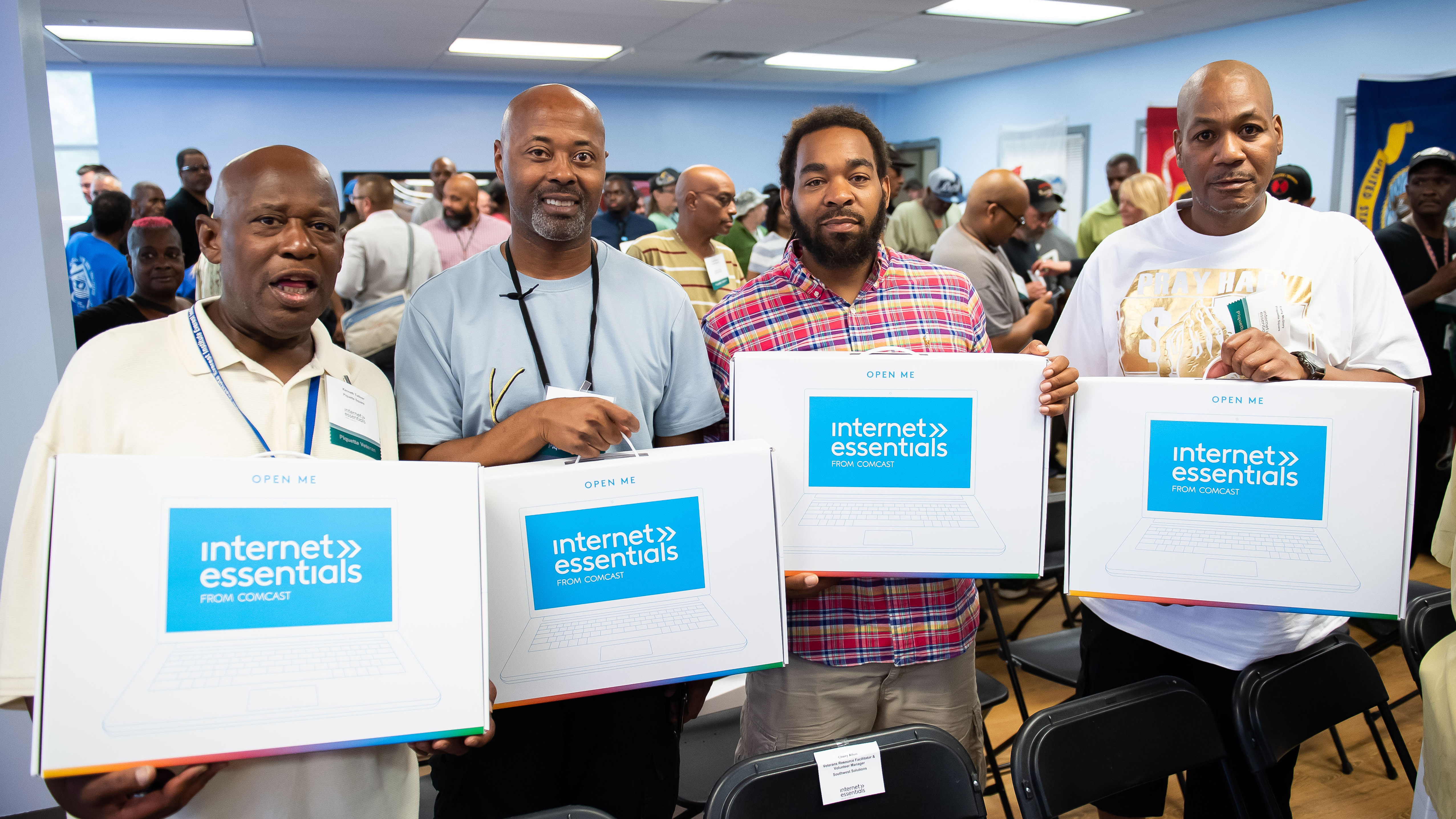 At the event, Comcast surprised 150 low-income veterans with free laptops and announced a $25,000 grant to Southwest Solutions for a mobile computer lab and WiFi access points at its Piquette Square location for veterans.  The mobile lab will provide more flexibility to train local residents, and the new WiFi access points will help boost the facility’s Internet signal so even more people can get online. Later in the day, the Company also surprised 100 youth with free laptop computers at City Covenant Church in Detroit.

“Comcast has been a tremendous partner to the city, and we applaud their work to make the internet more affordable and accessible throughout Detroit,” said Mayor Duggan.

“This expansion is the culmination of an audacious goal we set eight years ago, which was to meaningfully and significantly close the digital divide for low-income Americans,” said David L. Cohen, Senior Executive Vice President and Chief Diversity Officer of Comcast NBCUniversal.  “The Internet is arguably the most important technological innovation in history, and it is unacceptable that we live in a country where millions of families and individuals are missing out on this life-changing resource.  Whether the Internet is used for students to do their homework, adults to look for and apply for new jobs, seniors to keep in touch with friends and family, or veterans to access their well-deserved benefits or medical assistance, it is absolutely essential to be connected in our modern, digital age.”

At events across Detroit, Cohen shared how the company is significantly expanding eligibility for Internet Essentials, which is the nation’s largest, most comprehensive and most successful broadband adoption program, to include all qualified low-income households in its service area.  The expansion is the most significant change in the program’s history, and the company estimates a total of nearly seven million households now have access to low-cost Internet service, which literally doubles the total number of previously eligible households.

U.S. Olympic Gold Medalists Jocelyne Lamoureux-Davidson and Monique Lamoureux-Morando, ambassadors for the company’s corporate values initiatives, accompanied Cohen during his Detroit visit to raise awareness of the Internet Essentials program.  Both were instrumental in Team USA’s defeat of Canada for the gold in the Olympic Winter Games in PyeongChang, and are passionate advocates for gender equity.

Since August 2011, Internet Essentials has connected more than eight million low-income individuals, from two million households, to the Internet at home, most for the very first time.  This includes nearly 440,000 individuals in Michigan, which ranks seventh in terms of overall participation of the program.  The announcement follows 11 prior eligibility expansions, including last year’s extension of the program to low-income veterans.  To be eligible to apply for the program, low-income applicants simply need to show they are participating in one of more than a dozen different federal assistance programs.  A full list can be found at www.internetessentials.com.

If you’re like many parents of young children, you’ve peered into your child’s room well after “bedtime” only to be surprised by the all-too-familiar glare of a … END_OF_DOCUMENT_TOKEN_TO_BE_REPLACED